*Please see this precautions upon downloading this sample scenario.

In this sample scenario, the following WinActor(OR-5200) modules are used.

It may not work properly in an environment where the display resolution is high (resolution higher than Full-HD) or when the display magnification is adjusted.

The usage of this sample scenario is as follows.

Extract the downloaded ZIP file and load this sample scenario included in the extracted folder with WinActor.

In this sample scenario, there are variables to change the behavior.
When using the attached sample (sample.html) as an input file (substitute for a web page), there is no problem if you execute it with the default values, but if you want to change the target web page or the number of screen scrolls, change the values of the following variables.

Step 4. After completing the sample scenario

After the execution of this sample scenario is completed, the character string "★ Pressed ★" will be displayed on the web page specified in the sample file of Variables.

In this sample scenario, an error message will be displayed if a variable is specified incorrectly.

This section describes the implementation techniques used in this sample scenario. 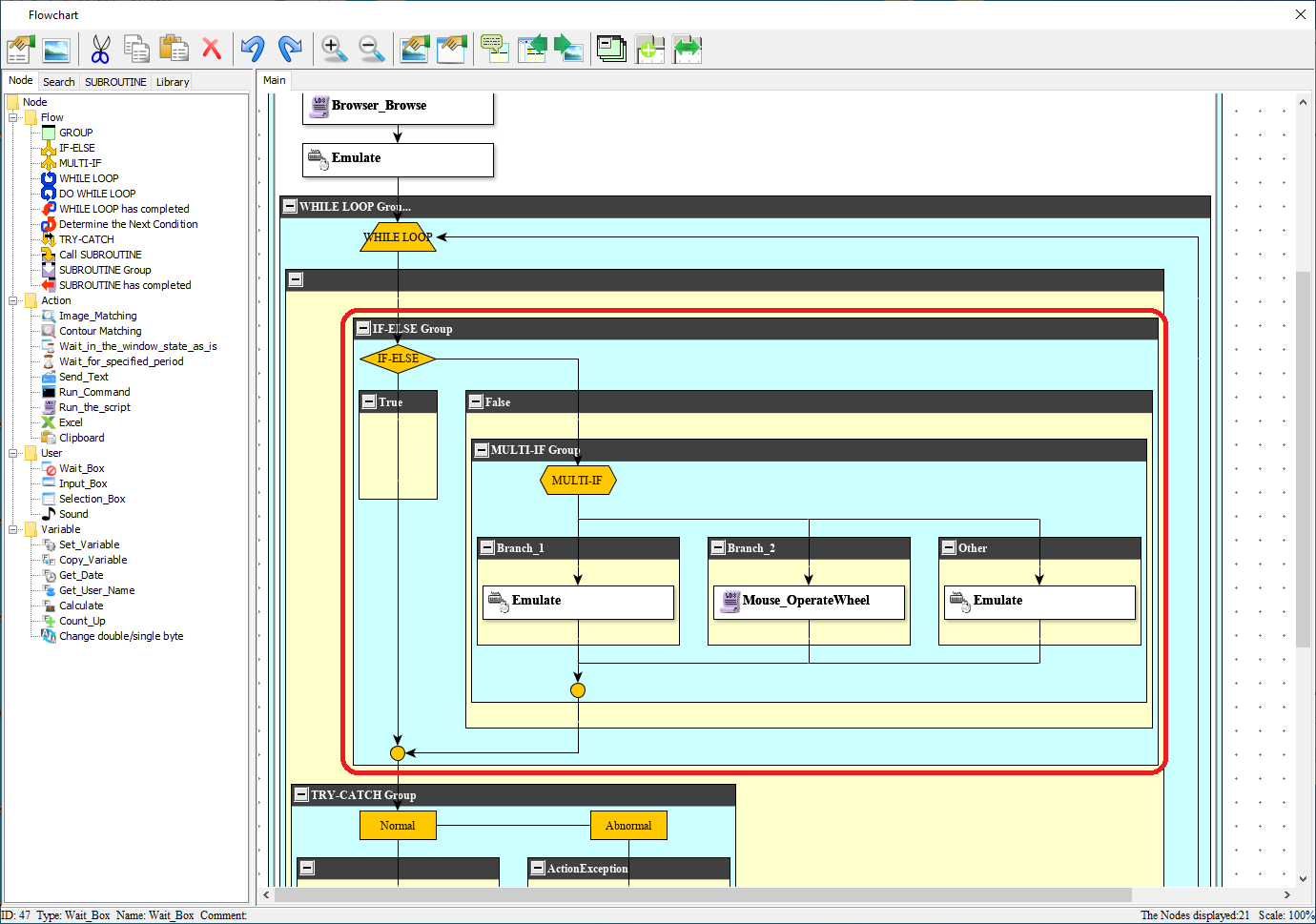 In order to prevent screen scrolling during the first image matching, Decision group of "Screen scrolling from the second time onward" is set up. As a result, if the value of the variable counter is 0, nothing is executed in this branch and the process moves to the next node. 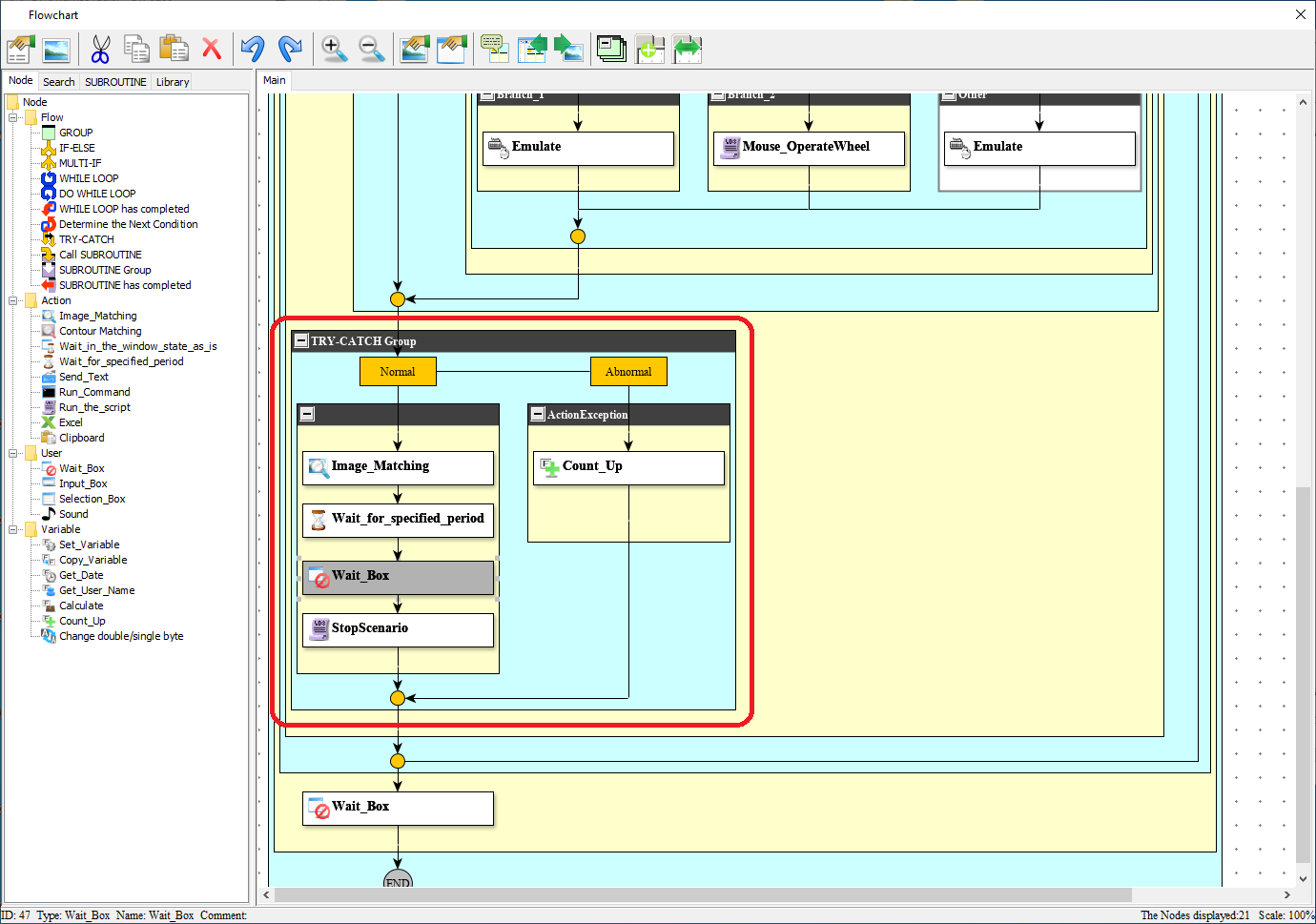 If there is an error in image matching, move to Action exception

After that, if the left button of image matching is clicked and the image matching is not applicable, an error usually occurs and the scenario stops. However, in this case, since it is executing in the exception handling group, the processing moves to Action exception.

By setting the above process in the repetition group, screen scrolling and image matching can be repeated. In Pre-Test Loop group, it is repeated for the set number of executions.

In this sample scenario, the sample (sample.html) is used as a substitute for the web page.

In the "Scenario folder file path" library, set the file path of the sample (sample.html) to the variable that stores the URL, and in the subsequent "Page display" library, display the web page by the URL in the variable.

Therefore, if you want to use a normal web page, delete the "Scenario folder file path" library and change the URL stored in the variable to the web page you want to process.

Also, change the property values such as the window identification name and action of the "Image Matching" node according to the screen to be scrolled. 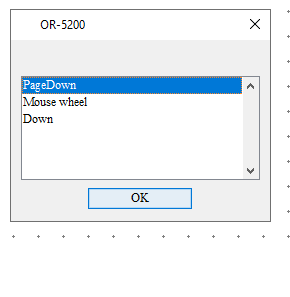 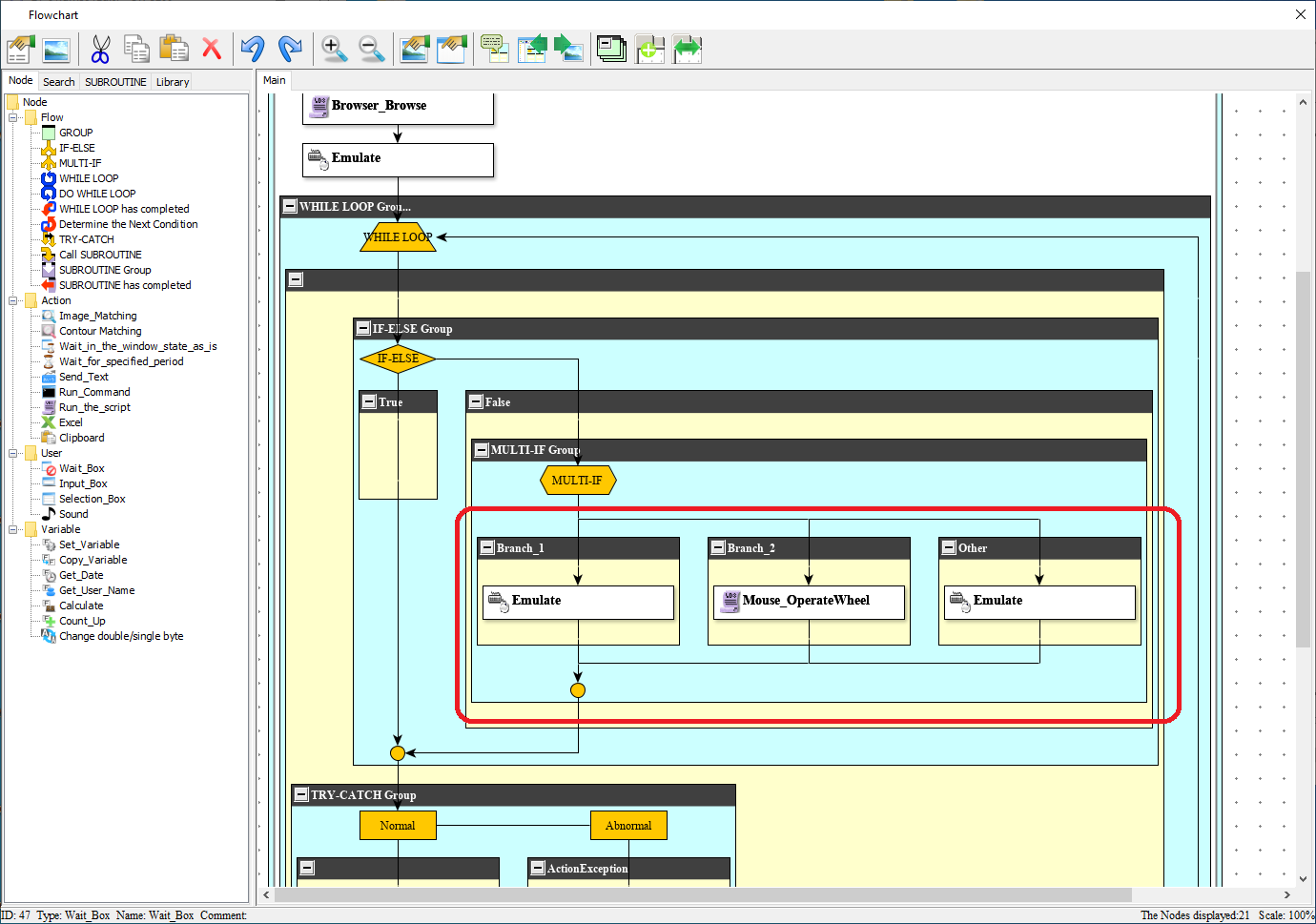 When applying to an application other than a web browser, leave a screen scrolling method that enables screen operations of the target application.

Therefore, if you want to scroll the screen using a method other than “Mouse wheel rotation in direction toward you” library, "Maximize Window" node is not required.