2020.11.04
SampleScenarios
Copying data in designated columns in a CSV file to an Excel file as string characters.

Here explains a sample scenario (hereafter, this sample scenario) which copies specified columns in a CSV file to an Excel file as string characters.

*Please see this precautions upon downloading this sample scenario.

In this sample scenario, the following WinActor(OR-5200) modules are used.

The operation of this sample scenario was confirmed in the following environment.

The usage of this sample scenario is as follows.

Extracting the downloaded ZIP file and opening this sample scenario contained in the extracted folder.

Before executing this sample scenario, it is necessary to obtain the header name from the CSV file and register it as ”Variable Name" in "Valiable List".

By selecting a source CSV file from "Inport variable name" in the "Variable List", it is possible to capture the necessary header name into "Variable List".

After adding variable names, specify the "variable name" (i.e., column name) that has been added to "Column_A" to "Column_E" of "ExcelOperation_WriteRow". 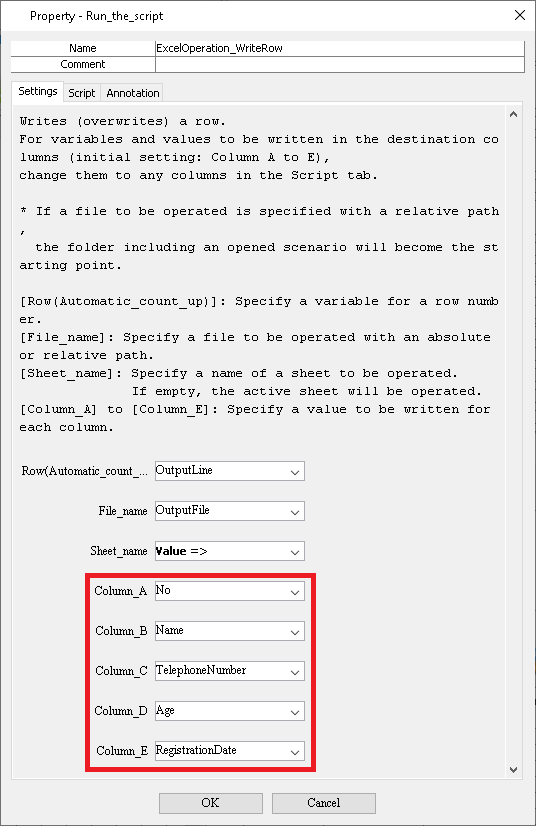 Setting up the variable name of "ExcelOperation_WriteRow"

The following variables need to be set in advance in order to execute this sample scenario.

Variables needed to be set in advance

Specify the absolute path of the source CSV file.

Specify the absolute path of the output CSV file

E.g., An example of columns to set string

STEP5 Confirming the status of the executed

Cofirm if every data in a CSV file has been copied to an Excel file. Furthermore, check if the first "0" at the beginning of the data of No.1 A-san's telephone number in input.csv (i.e., check if the "0" is copied as string characters from the CSV file).

In this sample scenario, an error message will be displayed if a variable is specified incorrectly.

This section describes the implementation techniques used in this sample scenario.

Format setting of the cells in Excel file

* It depends on the OS language and time zone settings. 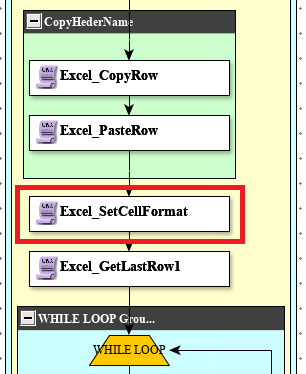 Nodes that change setting the format 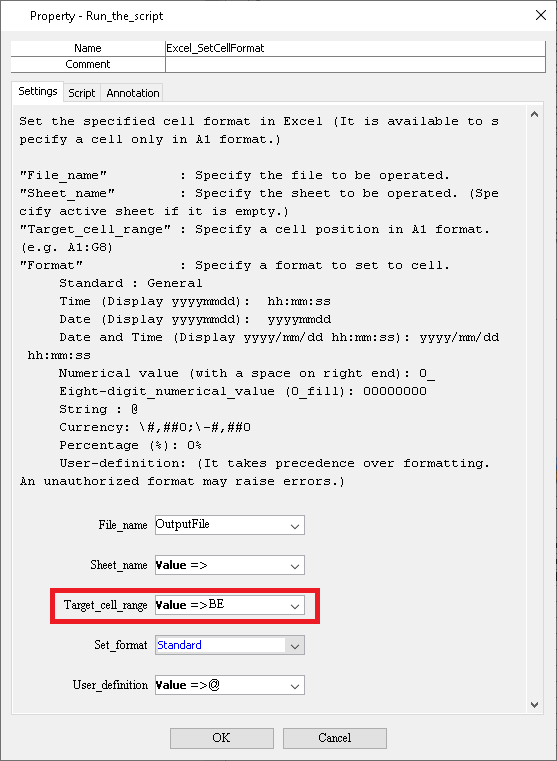 When setting the format of column A and C as string characters while that of column B is to be retained, add "Excel_SetCellFormat" node and specify the setting as "A: A" for the first node and as "C: C" for the second node. 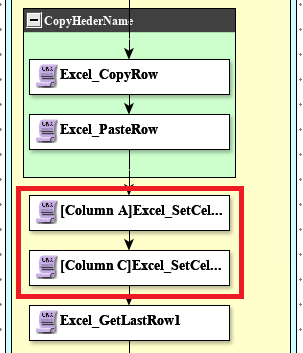 Formatting for multiple columns without column B

*In case a scenario is ccreated referring to this sample scenario, designated area of cells of concern of "Excel_SetCellFormat" may be wrong if the values fter copying are diferent from those before copying. Check if the setting for column of concern in the out put Excel file has been changed to string characters. If the format is not set to string characters, check the setting of "Excel_SetCellFormat".

Changing the column to be copied to an Excel file

As explained in Step 2. Importing variables, the column of the output Excel file is specified by "ExcelOperation_WriteRow". By changing this specification to the desired column only, you can paste only the values you need. In the following example, the value of the variable is pasted to columns A to C and columns D to E are set to blank. 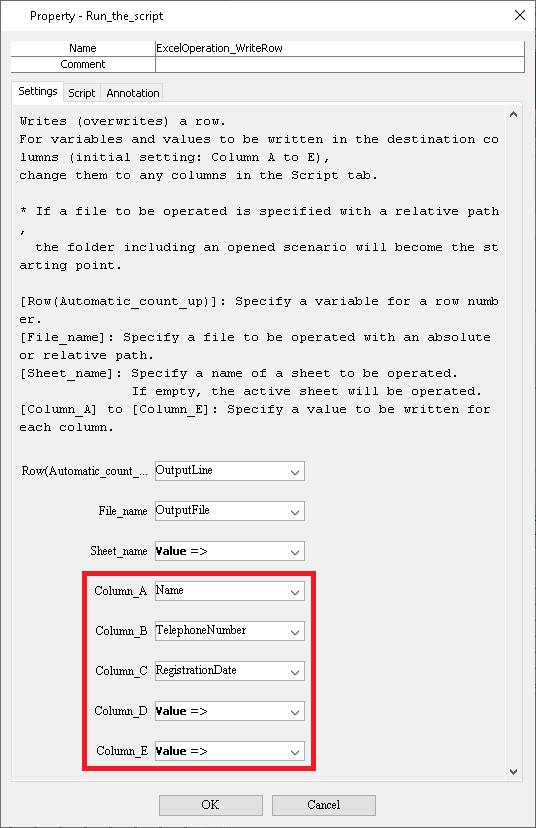 Example of changing the destination column

If you want to add columns F and beyond, please refer to the following to add your code from the Script tab. After adding the code, set the variable according to Step 2. Importing variables. 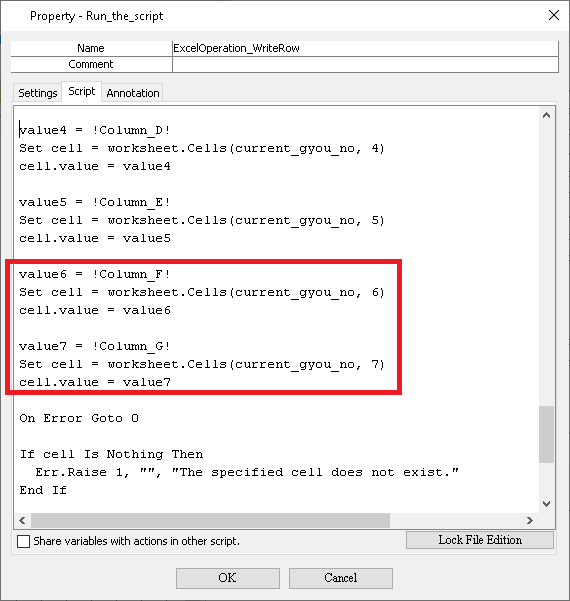 Example of adding the destination column